Turkic Council Meeting was Held with the Participation of USHAŞ

The Turkic Council’s “Supply Chain Group” meeting was held in order to increase cooperation between member countries for the production and distribution of medical devices, medicines and personal protective equipment, which became critical with the Covid-19 outbreak.

The meeting’s opening speech was delivered by Deputy Minister of Health Prof. Dr. Emine Alp Meşe. USHAŞ General Manager Mehmet Ali Kılıçkaya also attended the meeting. At the meeting, the important works we carried out as USHAŞ during the pandemic period and the USHAŞ personal protective equipment study report, which was exampled to the world by UNDP, were discussed.

The meeting held with the participation of official representatives of member countries and private company representatives. Mehmet Ali Kılıçkaya suggested that to have a structure similar to the Turkish Council Scientific Board, and the Supply Chain Group should have a structure that consists of permanent members and follows bilateral trade, investment and other cooperation opportunities in the field of health more dynamically. The suggestion was accepted by the participants and USHAŞ General Manager Mehmet Ali Kılıçkaya was elected as the chairman of the Turkic Council Supply Chain Group with the joint decision of the member countries.

In addition, the Health Business Forum and the Turkish Council of Leaders Summit was decided to be held in Kazakhstan or Turkey in a simultaneous manner.

As USHAŞ family, we would like to thank the Turkic Council General Secretariat for holding the meeting and all institutions and organizations that contributed to the work. 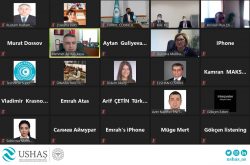 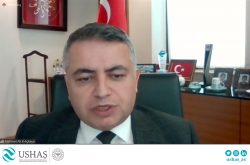 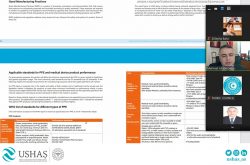