PROF. DR. MUSTAFA TAŞDEMİR
Member of the Board 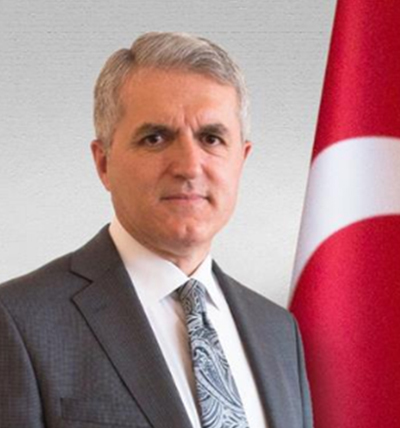 Born in Amasya in 1963, Taşdemir graduated from Yeşilırmak Primary School. Then, he finished the secondary part of Samsun Anatolian High School, and Kuleli Military High School. After studying at Boğaziçi University Department of History and Philosophy for two years, he left. He graduated from Marmara University School of Medicine in 1990. He worked as a physician for two years in Şarkışla-Sivas and one year in Ayaş-Ankara.

He became a public health specialist in 1998 in the Faculty, where he graduated. He worked in the private sector in order to specialize in quality management practices. In 2001, he started to work as a lecturer at Marmara University Faculty of Health Sciences Health Management Department. In 2008, he transferred to the Faculty of Medicine, Department of Public Health. During 2008-2009, he worked as a senior education and research coordinator at the Ministry of Health for about a year. He graduated from Anadolu University Faculty of Business Administration in 2009.

He worked as the Director of Public Health in Istanbul during the 2012-2014 period. Later, moved to Bezmiâlem Vakıf (Foundation) University. He served as the Director of the Institute of Health Sciences and Head of the Department of Health Management. In 2017, he started to work at Istanbul Medeniyet University Faculty of Medicine Public Health Department. While he was working as the Dean of the Faculty of Medicine, he was appointed as the General Manager of Health Promotion as of 01.10.2019.